Ubiquitous cameras will make it hard to hide...your feelings

Nicholas Carr has written a nice tight piece of speculative futurism called "automating the feels".  The setup:  recently a company that produces corporate training materials came out with software that uses the computer's camera to make sure you're actually looking at their training videos.  Nick picks up that ball and runs with it - read his post.  But I got to thinking about what this kind of technology could tell us about ourselves.

Let's say, as Nick predicts, future communications will have a sort of side channel of emoticons automatically generated by the camera in your phone or computer.  Sort of like a soundtrack, but feelings.  You'd get emails about some project with running commentary about the sender:  "Bored.  Bored.  Bored.  Impatient." It would be impossible to lie about certain things; social niceties such as "looking forward to seeing you again" would come across very differently if the reader knew that while typing that, your expression was "disgusted".

Some people might learn things about themselves.  "The camera keeps telling me I'm angry whenever I text these people.  Come to think of it, it's right.  So why am I still hanging out with them?"  Or, "The computer kept telling me I'm happiest when I'm spellchecking.  Maybe I should have become an editor instead of an engineer."

Presumably it wouldn't be long before AI or fuzzy logic was used to fine tune these algorithms to individual users.  Then your phone would just know that you're annoyed all the time, and it wouldn't bother to say so unless it's, you know, worse.  But that might be doing a disservice to people you correspond with who have never met you.  And the algorithms will get subtler as time goes on.  At first they'll only be able to detect rage and glee, but eventually every emotional distinction there's a word for will be detectable.  And maybe more.  Maybe eventually we'll have to start coming up with new words for emotional states that our computers tell us about but we have no names for.

There are so many possibilities.  In many areas (such as lying), our society functions on an imbalance of available information.  People choose how much of themselves to reveal.  Throwing the covers off that imbalance would be pretty disruptive, the same way the internet disrupted retail markets by making it possible to instantly get the price of a product at every store that sells it worldwide.  Eventually we might have to wear a balaclava just to send a neutrally toned message.  But I'm sure the machines will have an emoticon for that! 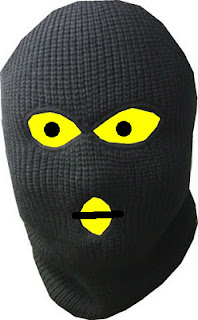 The world ended a hundred years ago and somehow it's still ending.

I saw Ensemble HD, a classical music troupe, at the Happy Dog on December 5th, 2012. It might seem odd to review a musical performance that occurred nine months ago, but here I am, thinking about it.

Ensemble HD is members of the Cleveland Orchestra (and sometimes others), and they play classical music at the Happy Dog (and sometimes other places). On this particular night they played the music of World War I. It's worth noting that at the time of the war they didn't call it World War "1", but neither did they refer to it as simply such-and-such-a-war, either. For them, it was the war to end all wars. The music of the time reflected the cataclysmic outlook. Stravinsky wrote the Rites of Spring. Shit was fucked up. So the music that Ensemble HD played was atonal, random, and harsh. The composers and players strove to express the uncertainty of the age.

Most people hate that "modern" music. Rightly: it's not melodic and not euphonic. But that night, I felt the angst behind it. I put my head down in solidarity with my afflicted comrades of a century ago: I can feel the same today. The pace of change we deal with today is like a world war that never ends, it only accelerates.

And so it was that almost a year later, I was sitting in a bar hundreds of miles away and heard "Natural Beauty" by Neil Young. Now, Neil Young is a bozo, but he's a magnificent bozo. He plays guitar quietly and sings in a fragile, imprecise voice, and conveys emotions high and low that stubbly guys worldwide can cop to. He is a musical Kurt Vonnegut.

I had a bit of a moment. And I remembered World War I echoing down through the years to a hot dog bar on the west side of Cleveland. I felt sorry for all those poor bastards living through World War I thinking that was the end of everything, unable to imagine a future. All their strident fragility led to this moment. And to all others to come.
By Unknown Posted Tuesday, August 20, 2013 No comments:

How fast can you write?

I just wrote a 3000-word paper in under eight hours.  I'm kind of chuffed about it.  That's what writers call "banging it out".

It turns out that Word keeps track of not only your document's word count, but also how long it's been open for editing: 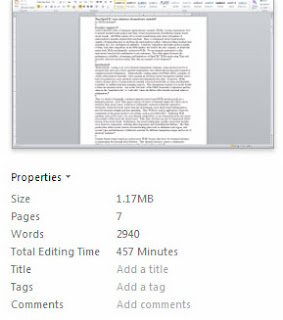 I always wondered how fast I could compose when I didn't have to stop and do other things like, you know, check to make sure I'm not wrong.  It's impressive, but not useful, to write hooey at six words per minute.  In the case of this paper, I'd already gone over all the material in other contexts three or four times recently, so I had it all down pat.  I didn't paste in any text, in fact, I even added a couple figures and equations and several links.  Not bad!  If you'd asked me beforehand, I wouldn't have been 100% certain I could even type this fast, let alone compose.